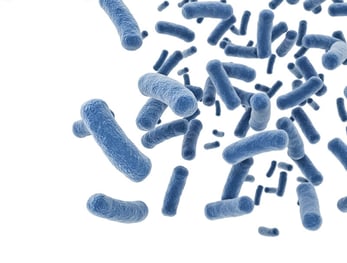 Antimicrobial Resistance (AMR) is “one of the greatest threats to society, human and animal health, and economic prosperity.” Those are the unequivocal words regarding the gravity of antimicrobial-resistant bacteria from the National Institute of Antimicrobial Resistance Research and Education. When one considers the significance of AMR—including antibiotic resistance—a report by the World Health Organization (WHO) also puts the issue in stark perspective. Making no bones about it, WHO characterizes such resistance as “one of the biggest threats to global health, food security, and development today” and declared AMR as “one of the top 10 global public health threats facing humanity.” An issue doesn’t get more significant than that.

Another WHO report further asserted the extent to which AMR is a “global health and development threat” with researchers underscoring alarming concerns that “the rapid global spread of multi- and pan-resistant bacteria (also known as “superbugs”) that cause infections that are not treatable with existing antimicrobial medicines such as antibiotics.”

Amid WHO’s ominous outlook and others that are equally severe on the implications of AMR, defined by Oxford as “the development by a disease-causing microbe, through mutation or gene transfer, of the ability to survive exposure to an antimicrobial agent that was previously an effective treatment,” one SciTech industry insider weighs in on what’s needed to stem this phenomenon that is killing people in increasing numbers and vastly changing the world we live in—today and for the years ahead.

According to Tim Starzl, son of Thomas E. Starzl, MD, PhD (who is known to most as the “father of modern transplantation”) and co-founder and President/Chairman of BioPlx—an advanced interventional microbiomics company developing non-antibiotic methods for the control of multiple-drug resistant superbugs and other infectious disease, “Both the medical community and the masses need to understand AMR with a better conceptual framework than the often-misused concept of ‘mutation,’” he urges. “We’re living in an era when pandemics like the current COVID-19 contagion are increasingly posing a significant risk of mortality, as bacterial infections do not have the level of herd resistance that was present even a few decades ago.”

In fact, with the COVID-19 Delta variant raging across the world, one peer reviewed medical journal reports that AMR is being exacerbated in kind. It cites this multitude of eye-opening data points: “bacterial infections unsuccessfully treated due to AMR claim at least 700 000 lives per year worldwide and are projected to be associated with the deaths of 10 million people per year by 2050, at a cost of US$100 trillion to the global economy through loss of productivity. In the USA, more than 2.8 million multidrug-resistant bacterial infections occur annually, causing at least 35 000 deaths and $20 billion in health-care expenditures.”

Starzl’s research, and that of his son, Ravi, who is co-founder of BioPlx, is focused on developing a cure for antibiotic resistant bacteria. The company is setting out to control and combat the rise of superbugs that are increasingly becoming a threat to people around the world. BioPlx uses targeted microbiological and immunological agents to decolonize (eliminate) undesirable or pathogenic organisms, and then to recolonize with safe replacement organisms that durably occupy the same microbiomic niches, and so prevent pathogen recurrence and re-infection.

“We are in an ‘arms race’ to develop effective tools to attack AMR—one of the primary threats to the human race,” says Starzl. “A paradigm shift in the science is needed relative to the basic concepts of microbiome management and ecology—one that facilitates highly selective antibody-based decolonization methods to remove specific pathogens from their embedded microbiomic niches. This with durable, niche-specific, protective recolonization using safe engineered ‘Kill-Switch’ replacement organisms that cannot infect their host. Optimally, this science also proffers solutions that concurrently satisfy medical practice, reimbursement, patient requirement and public health objectives while also reducing disease recurrence and care provider liability, risk and matrix strategies.” Fortunately, today’s technology—and those on the near horizon—allow for all of this.”

As a keynote speaker at the virtual World Anti-Microbial Resistance Congress, Dr. Ravi Starzl shared key findings of his groundbreaking research, discussing “Pangenomic Microbial Memory: The Origin of the AMR Crisis”; and, in a second presentation, “Kill Switch: A Critical Tool in the Fight Against AMR,” attended by more than1,000 industry leaders, innovative technology and solution providers, public authorities, international organizations, infectious disease clinicians, pharmacists and microbiologists from over 50 countries. Starzl layered in findings from his prior extensive research in this area—a clinical trial through which BioPlx was able to prevent MRSA recurrence in 100% of test subjects. The latter 2019/2020 trial confirmed the results by preventing recurrence over nine months following a single therapeutic application.

Dolomite Bio launches the RNAdia 2.0 reagent kit for single cell research, as part of their complete workflow, encompassing everything from sample pre...