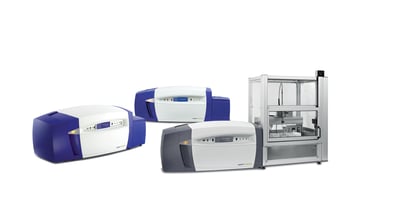 Applied Photophysics (AP) started in Mayfair, London, in April 1971. An unusual place perhaps for a start-up scientific instrument company, was although explained by the fact that the origins of the company lie within the Royal Institution (RI). The Royal Institution has been at 21 Abermarle Street, Mayfair since 1799 and conducting scientific research since Humphrey Davy became director in 1801. Many eminent scientists have been involved in the RI ever since then, most famously Michael Faraday who, with Davy, gave his name to the Davy Faraday research laboratory (DFRL) established in the building next door (20 Abermarle street).

In 1966 George Porter (Geroge, Baron Porter of Luddenham) moved from Sheffield University to the RI and moved his research into early uses of lasers for laser flash photolysis analysis of fast reactions to the DFRL. A year later he was awarded a Nobel prize in chemistry for his work. There was a demand in the scientific community for instruments based on Porter's research. With most of the research equipment in Porter's lab being made in the DFRL workshops, a small cottage industry began selling this equipment to other research labs. This became formalised into the Applied Photophysics Limited company in 1971.

We stayed in the RI throughout the seventies, looking at several different commercial applications of laser spectroscopy, not just laser flash photolysis. This included some of the earliest commercial laser Raman spectrometers. The company moved out in the 1980s to the east end of London and then eventually to our current home in Leatherhead, Surrey, southwest- London. Throughout our history, there has been a common thread of fast chemical kinetics and innovative spectroscopy. In the early 1990’s we branched out from laser flash photolysis into stopped-flow spectroscopy establishing the line of instruments that lead to the SX20 stopped-flow system today.

In the late 1990’s we started developing Circular Dichroism stopped-flow instruments, with the introduction of the Pi-Star, — a high-performance CD and fluorescence stopped-flow instrument. This was followed by the introduction of the Chirascan line of instruments launched in 2004; the innovative monochromator system introduced in 2004 has been the base of the Chirascan family ever since. Building upon the innovation of the Chirascan, further developments include: the first and still only solid-state detector system for UV/Vis CD spectroscopy; the first automated CD instrument many improvements to the optics and electronics that improve system stability and performance that are now part of the current generation of Chirascan instruments; and several extended capabilities, for instance Circular Polarized Luminescence (CPL) system. Today, Chirascan systems are used in cutting-edge research in both the biopharmaceutical industry and in research laboratories across the globe.

With a heritage of being founded in the Royal Institution by a Nobel prize winner and bringing innovative new technologies to market throughout our history, we have a huge responsibility to live up to that past. The only way to do that is to keep striving for new technologies that can deliver real breakthroughs for science in the future, indeed you could say that we have a laser focus on developing enabling technologies. We are excited to see what the next 50 years can bring to keep Applied Photophysics at the forefront of novel spectroscopic applications.

Applied Photophysics, headquartered in Leatherhead, Surrey, UK, is a leading provider of solutions for biophysical characterization of biomolecules. Chirascan™ systems use the phenomenon of circular dichroism (CD) to characterize changes in the higher order structure of proteins. These systems are used in cutting-edge research and to support the development of innovator drugs and biosimilars in the biopharmaceutical industry. The Company’s SX-range of stopped-flow spectrometers is acknowledged globally as the gold standard for kinetic studies of fast biochemical reactions.