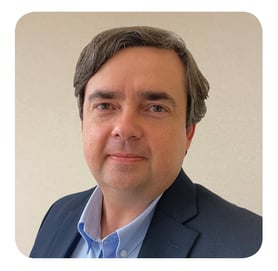 Pedro will oversee production and logistics operations at the Portuguese production facility of Atik Cameras. The appointment was made due to the considerable growth the company has seen in the last two years and the subsequent scaling up of production volumes to meet the needs of the expanding customer base, particularly into the scientific and OEM markets.

Prior to his appointment at Atik, Pedro spent 20 years serving the automotive industry as a Purchasing Manager where he gained extensive exposure to logistics, purchasing, quality control and process engineering.

Director Rui Tripa commented, "Pedro was brought in as a consultant originally, but his extensive experience in high volume production and key manufacturing organisation management had such a valuable impact, his position was made permanent. His input will be essential for the path Atik intends to take for the future."

Pedro commented, ‘I am thrilled to have been appointed as the General Manager at Atik at such a pivotal time for the company with so many innovative products being developed by our talented teams, both in the UK and Portugal.’

When asked how the company has adapted to the increased volume of sales, Pedro commented, ‘Due the diversity of our products in terms of technologies, technical characteristics and volumes, the production area had to be restructured to provide different output levels. We are now able to produce in Job Production, Batch Production and in Flow Production depending on the individual need of each product, allowing us to maintain a flexible and efficient way of working. Atik has implemented a Lean Manufacturing approach, to improve production processes and develop a continuous improvement culture. Lean principles provide a framework for creating an efficient and effective organization that aims to the excellence.’

Due to the increased demand, Pedro has been instrumental in making significant changes to the running of the ISO-9001 accredited facility. ‘We recently doubled the floor space of the facility to accommodate the continued growth of the company. Apart from the functional characteristics of the layout, we took into consideration the product quality requirements by implementing an ESD (Electrostatic Discharge) environment on the critical areas such production, repairs and storage. The temperature inside the facility is maintained with state-of-the-art air conditioning, covering all relevant areas. But I am particularly proud of our commitment to reduce Atik’s carbon footprint which has seen 40% of the total energy needs of the facility being provided by our 16.2 KWp solar array.’

Atik Cameras is a specialist designer and manufacturer of advanced imaging solutions for use in OEM and end-user applications, such as life sciences, astronomy and art conservation. With a wealth of experience in CCD, CMOS and Infrared sensor technology, along with intuitive software development, Atik Cameras has gained an extensive network of clients and participated in deeply meaningful projects worldwide. The company’s work in providing cameras for qPCR instruments used to perform thousands of COVID-19 tests daily, has best exemplified the pride that Atik Cameras takes in using its expertise to help create solutions for global problems. Learn more by visiting www.atik-cameras.com.

DefiniGEN is pleased to announce the appointment of Dr Chris Kirton as Chief Executive Officer. Chris has more than 16 years of operational experience...

Following the recent launch of Dolomite Bio’s RNAdia kit for single cell research. Dolomite Bio is now launching a Bioinformatics Service, which can b...