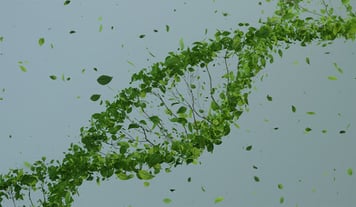 A new digital film series presented by the ICBA and produced by BBC StoryWorks Commercial Productions, uncovers the stories of innovation using nature’s building blocks to change the world every day through biotechnology. This exploratory online video series uncovers the powerful stories of innovation in biotechnology and includes a film on PolyNovo’s NovoSorb® BTM technology.

Biotechnology promises to revolutionise our everyday lives, from what we eat, to the fuel we use and the medical treatments we receive. Attention on the biotech industry has never been higher, as pressure is building to respond to pressing environmental and health challenges, and to meet the evolving needs of a growing population.

A new series called Nature’s Building Blocks has been produced by BBC StoryWorks the commercial content division of BBC Global News and presented by ICBA. This exciting new film series uncovers the stories of innovation changing the world every day by harnessing the power of nature, and highlights some of the most pioneering and innovative organisations in this sector. Nature’s Building Blocks explores the partnerships being formed across the world to improve the lives of people across the globe and the stories behind the science.

PolyNovo’s film tells the story of John Weeks who suffered burns to 75% of his body from an explosion in his car. As the first burns patient to be treated with NovoSorb® BTM, we follow his story and gain an insight into how burn injuries have a profound impact on the lives of survivors and their families. BTM is a versatile reconstructive option for managing burns and aids in facilitating wound closure by providing a vascularised layer to enable secondary skin grafting. This enabled John to not only survive his injuries, but to go on and lead a fulfilling life.

The film features Professor John Greenwood who was the driving force behind the development of BTM. He understood the clinical need for a synthetic skin replacement solution and was driven to find a solution after treating many patients repatriated to Australia after the Bali bombing. Together with Tim Moore, the chief scientist at PolyNovo, they developed NovoSorb BTM and pioneered this paradigm shift in the management of burns.

Simon Shelley, vice president of BBC Programme Partnerships – part of BBC StoryWorks, said: “We set out to explore the innovations and partnerships that are driving forward biotechnology industries, through the personal stories of the people behind the science – and those whose lives and livelihoods depend on it.”

Join the conversation online with #NaturesBuildingBlocks.

About NovoSorb®
NovoSorb® is a novel range of bio-resorbable polymers that can be produced in many formats including, film, fibre, foam, and coatings. NovoSorb® BTM is a dermal scaffold for the regeneration of the dermis when lost through trauma, extensive surgery or burn. PolyNovo’s Natures Building Blocks individual film can be found here: www.polynovo.com/naturesbuildingblocks